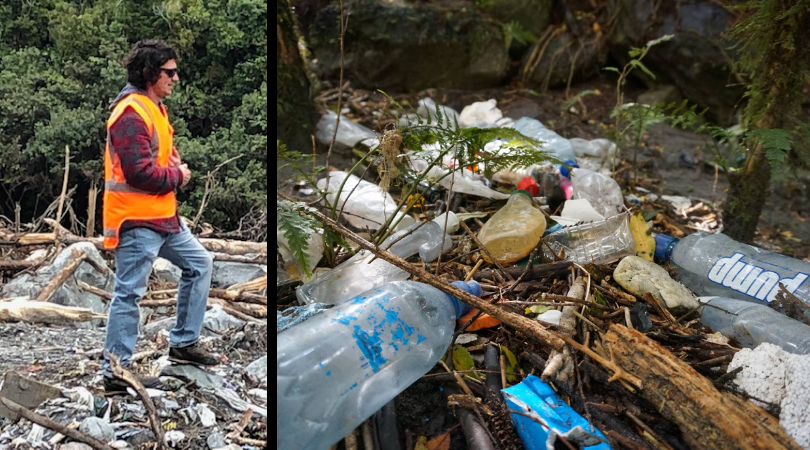 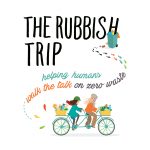 At the end of March 2019, a heavy storm triggered massive flooding across the West Coast of the South Island, causing infrastructural damage, as well as loss of life. The storm also ripped open a legacy landfill situated on the riverside in Fox Glacier, releasing tonnes of historic rubbish into the river, out to sea, and kilometres up the West Coast’s largely pristine beaches. The flood also swept away large piles of present-day recycling from the local transfer station.

As national attention focused on the infrastructural damage caused by the flood, including the crumbling of the Waiho River Bridge, locals in Okarito were starting to uncover devastating amounts of rubbish strewn across the beaches and up the riverbeds, and to recognise the urgent need for a coordinated cleanup effort. One of these locals, Mike Bilodeau, was the first to start sounding the alarm, taking it upon himself to call upon authorities to acknowledge the scale of the problem and to respond accordingly. Within a short amount of time he found himself in charge of coordinating the volunteer clean-up effort and briefing politicians and other emergency response teams on the ground.

In this podcast, recorded seven weeks on from the day the storm hit, Mike describes to us the nature and scale of the problem caused by the opening of the historic Fox Landfill. Despite the fact that there’s still no end in sight to the clean-up effort or the risk of further pollution, Mike explains how both public attention and central government funds appear to be drying up. He also shares with us what this devastating event can teach us about the responsibility we all share in reducing our waste footprint.

The situation on the West Coast is continually unfolding. To keep yourself updated on the clean-up, follow the South Westland Coastal Cleanup Facebook page. If you’re able to volunteer, have the specialist skills necessary, and can sort yourself out with food and accommodation while on the West Coast, send Mike an email at bilofro@gmail.com.