This guide covers Mid-Canterbury only. For the rest of the Canterbury region, please refer to the Zero Waste in Canterbury homepage. 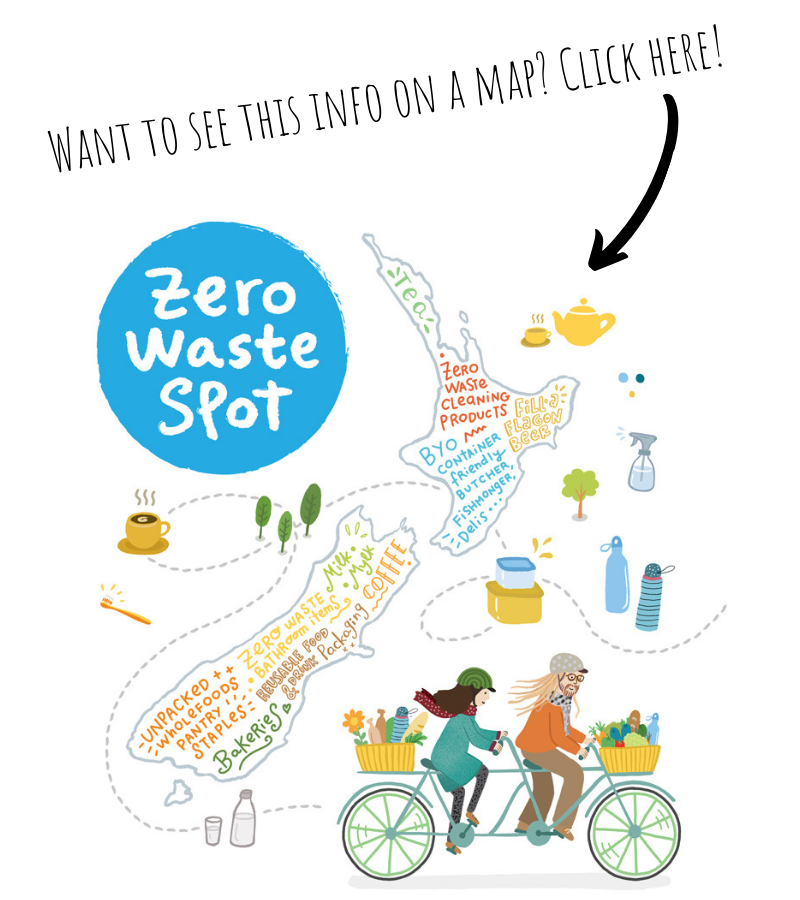 Reusable lunch boxes or containers are great to have on you when you’re out and about in case you want to get takeaways, to carry leftovers home with you, or if you find food to forage. Simply Eco, 106B Victoria Street, Ashburton stocks Meals in Steel stainless steel lunchboxes, Planet Box stainless steel lunch boxes, and various plastic lunch/bento boxes.

You can find dishbrushes with wooden handles and removable + replaceable, home compostable heads at Simply Eco, 106B Victoria Street, Ashburton; and Kitchen Kapers, 91 Tancred Street, Ashburton. Simply Eco also stocks the Go Bamboo veggie brushes, which are 100% home compostable when they do wear out, though they are veggie brushes, lots of people like to use them as a handless dishbrush!

We also encourage people to move away from using dishcloths, sponges and bench wipes made out of synthetic material (as these leach microfibres and they’re also destined for landfill when they wear down) and to use natural fibre cloths instead. There are various options in Ashburton:

It’s easy to get soap without packaging/better packaging in Ashburton. The following stores sell totally naked/paper/cardboard wrapped bars of soap:

Avoid plastic shavers that are designed to be disposable and go for 100% metal razors that will last you decades and only require the 100% metal and recyclable blades to be replaced (or sharpened with a leather strop!), and remember to use a bar of shaving soap instead of shaving foam that comes in an aerosol can (see above) – note, you might need a shaving brush to make this work. Get safety razors, replacement blades and shaving brushes at Simply Eco, 106B Victoria Street, Ashburton.

Eco Educate – run by Lesley Ottey, Eco Educate is a force of waste minimisation education in both Waimakariri and more recently in Ashburton. Eco Educate runs workshops in schools and in communities on a wide range of waste reducing topics, from composting, gardening, recycling, and rethinking waste. You may have also heard about Lesley’s toy rescue progamme, which is quite amazing! Get in touch if you are based in Ashburton and would like to have Lesley run a workshop for you or your local school.

1 thought on “Zero Waste in Mid-Canterbury”